One of Orlando’s first first responders 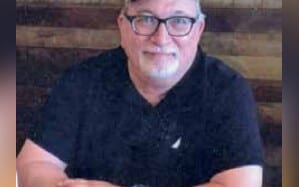 Roger Huder was among the first EMS technicians in the nation, and he wrote a book about his experiences. COURTESY OF ROGER HUDER

Emergency Medical Services is a familiar term today, but when College Park resident Roger Huder began his career as a first responder, EMS was just beginning.

“In the early days of EMS, we didn’t know what to expect,” said Huder.

From 1974 to 2000, Huder served the City of Orlando as a firefighter/ paramedic. Huder became a paramedic when there were only a few programs across the country, Orlando’s being one of the first.

“Many people don’t know that the Orlando Fire Department was one of the leads in creating a new profession,” Huder said, reflecting on his beginnings at Station 3, which is behind Princeton Elementary in College Park.

After graduating from Edgewater High School in 1967, Huder joined the Marine Corps for three years. He then returned home to Central Florida and graduated from Florida Technological University (now UCF) with a degree in political science.

After college, Huder wasn’t sure what he wanted to do and initially, he didn’t think about being a first responder. Three factors led him to EMS: the medical TV shows “Emergency” and “M*A*S*H” and the personal experience of finding his 42-year-old father dead of a heart attack. From there, Huder knew he wanted to help others.

There were no textbooks for Huder’s class. They learned on the fly. When he started as a paramedic, each shift included only eight paramedics to cover the whole city.

“Being a first responder is really a double-edged sword. We are able to help people, but we pay a price. We see things no one else sees.”

Huder said it wasn’t an easy life, but ultimately, to him, it was worth it. “I wouldn’t change it for the world.”

In 2018, Huder released his memoir, “Gutter Medicine,” sharing some stories of his early EMS days on the streets of Orlando. To him, the book is about more than just his stories; he wanted to share the stories of a whole generation.

“Gutter Medicine” is dedicated to his wife and two sons. “I dedicated the book to my family because any first responder’s family is as much on the department as they are. Every guy is different, but we bring it home with us,” Huder said.

The pride can be heard in Tricia Huder’s voice anytime she speaks of her husband’s accomplishments and their life together.

“When we first started dating, I had a scanner by my bed so I could listen to his calls when he was on a 24-hour shift, and sometimes I’d go see him on a call, which was exciting,” she said.

“Nobody had gone before us,” Huder said, reflecting on his experience.

Today’s generation of EMS can’t say the same. Brave pioneers like Huder went before them. While Huder didn’t have any textbooks, he has been part of that change. The range of books he has authored includes an EMS textbook. While his EMS career has ended, Huder’s impact is lasting.