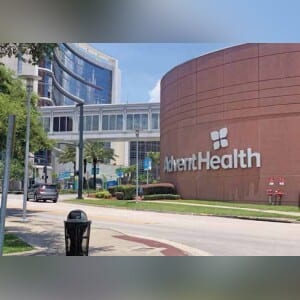 AdventHealth hopes to bring a new project to North Downtown in the form of a medical office tower. ANNABELLE SIKES

The new 12-story tower will include a mix of medical offices, health care services, research and testing centers and more, according to a recently published article by the Orlando Sentinel. The project description also calls for a parking garage.

The health care company recently notified the City of Orlando it will be seeking final approval for part of the plan, “Project Lego,” which would include a parking lot redevelopment between East Orlando and East Winter Park streets.

The well-known president of Ustler Development, Craig Ustler, has been briefed on the project and is also co-developing the nearby Atla at Health Village apartment community.

Ustler stated in an email that the project is in early development and that they do not know any more than what has already been released.

“We support any new project that brings more critical mass and more economic development to Health Village but are not aware of the specifics on the new proposed office tower,” said Ustler.

As of mid-July, Advent Health has not responded or commented on the proposed project.