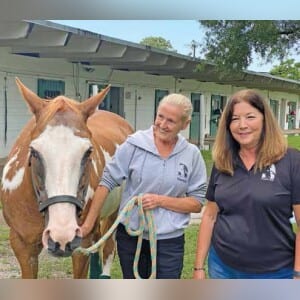 For nine years, I called Freedom Ride Inc. home. Living with cerebral palsy, my childhood was spent in a clunky metal walker, and Freedom Ride was my escape. There, the only thing that mattered was that my physical limitations didn’t matter. On a horse, I found freedom, strength and confidence I didn’t have on the ground.

My story is just one of many. Since 2003, the 501(c)(3) nonprofit has been in Trotters Park, providing therapeutic horseback riding– related activities for children and adults with disabilities, now also offering programs for U.S. veterans and a mental wellness program for people experiencing difficult life situations.

“There’s no other place like it in Orlando,” said Freedom Ride Executive Director Marianne Gray. “It isn’t about just riding a horse. We hope to change each participant’s life.”

On 10 acres, Freedom Ride has been impacting participants’ lives beyond their time at the barn. So much so, that Freedom Ride has outgrown their space. The organization has found a new 25-acre home, only 2.4 miles away from their current location, the proximity of the move being a huge plus for current participants. 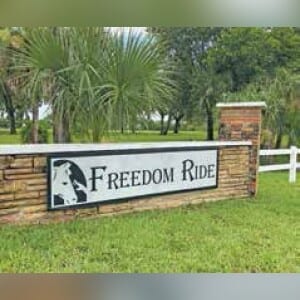 Freedom Ride hopes to move by the end of May 2021.

Currently, excluding summer months, Freedom Ride sees 90 riders weekly, serves 600 veterans a year and runs on the help of 120 volunteers. On the new property, Freedom Ride’s mental wellness program will grow, and a covered arena will be built as well as a 20- stall barn.

Freedom Ride has also found an expanding partnership with AdventHealth, which gifted $350,000 for the covered arena that will be named after the nonprofit health care company. Initiatives are being put together to educate both AdventHealth’s nursing program and its therapists on equine therapy.

To make the move possible, a capital campaign was launched late last year, aiming to raise $3 million. One-third of their goal has been reached so far. Like AdventHealth did with the arena, more naming opportunities are available for a range of gift amounts. 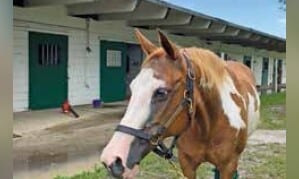 If you are interested in learning more about the campaign, programs or volunteering, call Freedom Ride at 407-293-0411, or check out their website, freedomride. com.

I was one of those kids, and I can attest that this place changes lives.