Orlando, you’ve got to work on your core 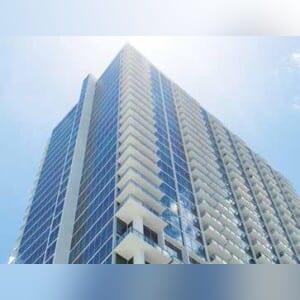 The Vue at Lake Eola is a 35-story residential building across the street from Lake Eola Park, a great example of urban core density in Orlando. S.T. CARDINAL

Residents of Downtown Orlando are used to seeing cranes dot the horizon. New residential towers, school buildings, hotels and entertainment venues have been popping up all around Downtown for the last 10 years. The latest is a proposed 33-story hotel and condo tower at 319 E. Church St.

It may seem like a lot of growth to some residents, but if you consider that about 1,000 people are (or were) moving to the greater Orlando area each week, then one new residential building for 300 people seems rather small.

With a metropolitan area of 2.6 million, you may be surprised to learn that only about 285,700 people live within the city limits of Orlando — another reason you should fill out that Census form we told you about (yourcommunitypaper.com/articles/census-2020-stand-up-and-be-counted-2)!

According to emporis.com, Orlando has about 20 buildings that could be classified as “skyscrapers.” The tallest five have an average height of 386 feet. Charlotte, North Carolina, which has nearly the same metropolitan population, has 32 skyscrapers, with the top five having an average height of 646 feet. Perhaps we’re overdue for upward growth!

But that growth in the Downtown core is not by accident. As with personal fitness, it’s important that a city has a strong core. Does that mean we all need to do more crunches? Maybe. But it does mean the City of Orlando and Orange County are right to focus growth and development in Orlando’s urban core.

Some people say that Orlando should focus on other parts of the city, closer to the suburbs, so why is it important for the City to focus on building a strong urban core? We asked Thomas Chatmon, the executive director of the Downtown Development Board (DDB) and Community Redevelopment Agency (CRA). Chatmon told us that Orlando needs one strong downtown.

“That’s your core, your living room, where you entertain guests. A downtown should be for everyone; it should bring people together. The CRA and [Project] DTO help do this,” said Chatmon.

The Project DTO was formed in 2014 as a stakeholder-driven initiative to chart a path for the evolution of Downtown Orlando. Focusing on a city’s core means more than just building up. It also means getting the right mix of uses and concentrating civic buildings and other important destinations. According to a study done by the University of Wisconsin, “Public facilities are essential components of a healthy, strong and vi- brant downtown. Many communities have seen economic and social benefits when the post office, municipal building, public library or other important public buildings stay or are expanded downtown” (economicdevelopment.extension.wisc.edu/files/2014/12/DowntownCountySeatStudyFinal.pdf).

According to PlannersWeb.com, noted urban economist Edward Glaeser described cities as mankind’s greatest invention. Glaeser noted that while urban cores used to have a reputation of being “dirty, poor, unhealthy, crimeridden, expensive and environmentally unfriendly,” they are actually the “healthiest, greenest, and richest (in cultural and economic terms) places to live.” Glaeser makes a forceful case for the city’s importance and provides economic proof that central cities are our best hope for the future. (For more information, visit plannersweb.com/2013/09/healthy-downtown-key-strong-community.)