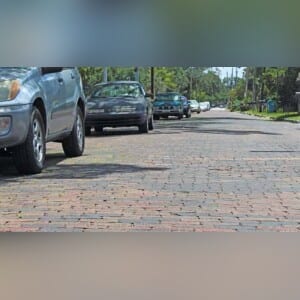 Last November we told you about efforts led by residents to have brick street repair added to the City’s annual transportation budget ( yourcommunitypaper.com/articles/saving-brick-streets-in-historic-downtown). At the time, City Commissioner Patty Sheehan said that requesting money to repair and maintain brick streets was an annual battle.

A letter of support was circulated among the Downtown Orlando neighborhood associations to encourage the City to add brick street repair to their annual transportation budget rather than going through special requests.

Thornton Park, Lake Eola Heights, Lake Lawsona/Fern Creek and Lake Davis/Greenwood all signed the letter and together represent about 6,000 residents.

After the letters were submitted, Commissioner Sheehan said, “I agree that this is an important initiative. I appreciate getting support from the [neighborhood] associations.”

If other neighborhood associations, historic districts, Main Street districts or other organizations would like to lend their support, please contact Logan Lamphere at llampher@hotmail.com.