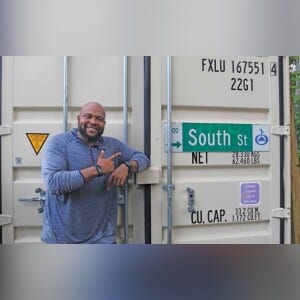 Raymond Warthen, founder of the South Street Farm in the Parramore neighborhood, posed in front of one of the shipping containers that is used for storage at the farm on July 2. S.T. CARDINAL

There’s a buzz in Parramore, and not only in a figurative sense. South Street Urban Farm just got their beehives delivered this month, and that’s just one of the many exciting things happening at this farm at 626 W. South St.

What’s the big deal about a farm in Parramore? Urban farms in general are environmentally friendly. Here are a couple examples of how: Picking up produce grown in your city means the food you consume wasn’t transported on a truck. Your food was not packaged in plastic. And that urban farm will gladly take your compost, lessening solid waste in the city.

South Street Urban Farms is even taking their environmentally friendly practices to another level. Raymond Warthen, founder and president of Infinite Zion Farms and South Street Urban Farm, showed me the four 275-gallon water tanks he’s planning on burying, which will collect rainwater and be reused to water the crops. He also wants to build a solar-powered aeroponics greenhouse to make the farm both energy independent and water independent. 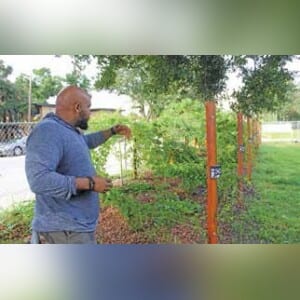 Warthen spends a lot of his time on the road. He lives in Clermont, works a nine-to-five in Cocoa Beach and comes to Parramore when he clocks out to tend to the farm. In the summer you can find him out until 1:00 a.m. on some nights, taking advantage of the cool-ish weather and working with volunteers.

South Street Farm relies heavily on volunteers, but some of them aren’t your typical college students looking for community service hours. Warthen will pay anyone who is homeless a flat fee of $10 to work on the farm for four hours, the same amount that the Salvation Army charges to rent a room for the night.

“It’s definitely worth that gratitude of seeing a homeless person come here when they don’t have food or water. I tell them if you volunteer here, I will pay you as long as you put in work,” Warthen said. “I have guys that cycle through every night and they come out to help. They know if you want money, you gotta put in work. I gained respect of the community by letting them know we’re here for them.” 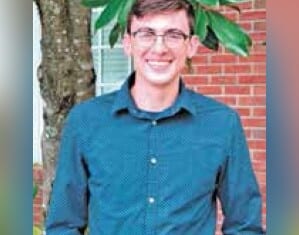 Warthen said his love for farming came at a young age. His father, who grew up on a farm, taught him about how bees were cross-pollinating the mango trees that were in his backyard. That was when a 13-year-old Warthen became enamored with nature. Now he says he feels his father’s presence every time he has his hands in the soil.

“So that’s where my energy comes from as far as farming and gardening. I want to create that environment, especially in our community — The urban community is at the forefront of high blood pressure, diabetes, stroke, and we’re at the forefront because we’re eating a diet with foods that we should not base our diet on,” Warthen said. “More African Americans are eating so much carbohydrates, these white starches in foods that will affect them.

“People don’t realize that when they’re eating that potato that’s fried or baked, it has a lot of sugar in it. When you have diabetes, you might not realize how much sugar it has. So I want to teach the community how to eat better in an environment where they can learn about the produce as well.”

He’s right, kind of. Potatoes don’t have a lot of sugar, but they do have a lot of carbohydrates and a high glycemic load. According to Harvard’s Nutrition Source, people who consume more high-glycemic load foods like potatoes have an increased risk of developing type 2 diabetes and have an increased risk of coronary heart disease. (See hsph.harvard.edu/ nutritionsource/carbohydrates/ carbohydrates-and-blood-sugar for more information.)

Warthen said his goal is to provide fresh produce to the Parramore community, and to do so, he’s launched the Produce for Parramore weekly subscription service; $5 a week is all it costs for anyone with a 32805 zip code to receive a weekly bag of fresh produce, and EBT and SNAP is accepted.

He told me he hopes the kids in the area knowing where the food is coming from will encourage them to eat healthier. His goals for this small 0.29-acre plot are ambitious. He eventually wants to buy the land and set up a solar-powered aeroponics greenhouse. Perhaps his most ambitious plan is to install a third shipping container on top of the two containers already there to make a one-of-a-kind Airbnb.