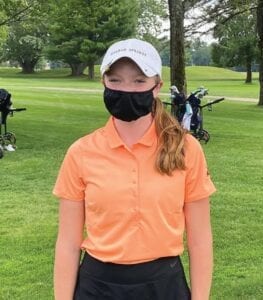 Senior Jacque O’Neill was the medalist during the Grayling Invitational with a low score of 80.

The Harbor Springs High School girls golf team kicked off the season on Monday, Aug. 24, at the Grayling Invitational. Playing against many larger schools, many from the Big North Conference, the Rams finished third. Senior Jacque O’Neill was match medalist, firing the low score of the day with an 80.

“We are happy to take fourth place in the first match of the year with the much larger Big North Conference,” said Rams coach Pete Kelbel. “Ram All-Stater Jacque O’Neill started the year out with medalist honors. Ram Sophomore Taylore Wilson was third with an 87. We were thrilled to have senior Carrie Main shoot an easy 95 and take 12th place.

“There were nice shots from Natalie Mills, Bella Miller and Savannah Maki as well,” Kelbel said. “We certainly hope to improve as usual each week and make some noise in the tournaments in our D-4 division. Playing against bigger schools really helps us get better.”

Petoskey was the overall match winner. 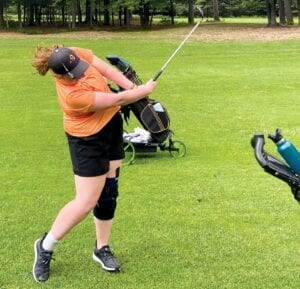 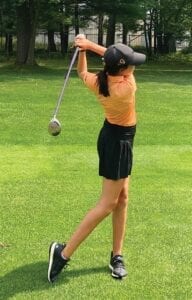 By continuing to browse or by clicking 'Accept', you agree to our sites privacy policy.AcceptPrivacy policy
Near me
40 miles